Tackling climate change requires radical changes to the way we live, which will mean transforming urban spaces to break free from fossil fuel dependency. Paul Chatterton looks at how cities are responding to this post-carbon challenge.

By 2050 an estimated three quarters of humanity will live in cities, accounting for 80 per cent of total energy demand and 70 per cent of global greenhouse gas emissions, so the need for cities to unlock themselves from fossil fuels is paramount. 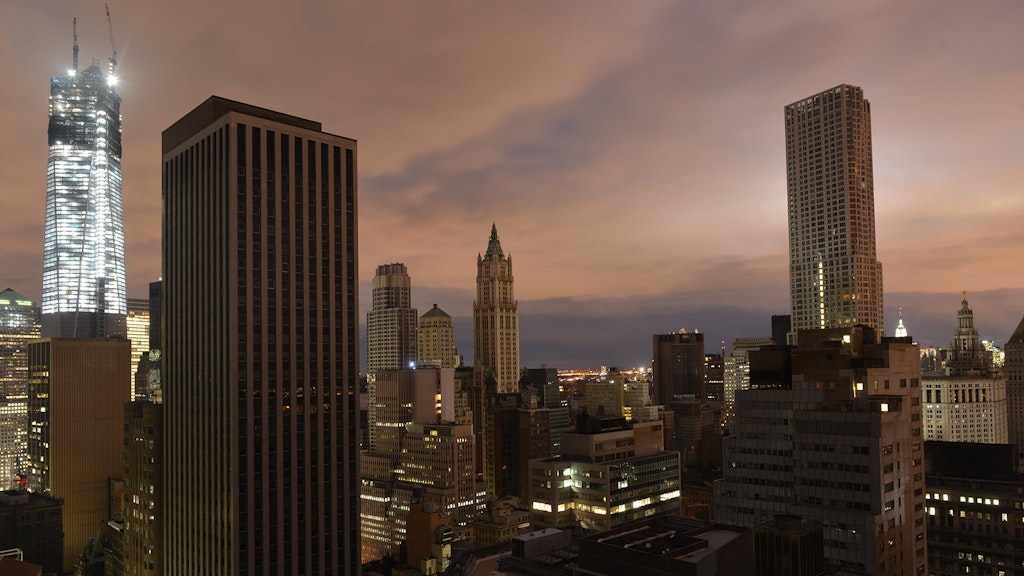 As cities across the world begin to recognise the need to move beyond carbon, net zero emissions has become a rallying cry. The goal is for urban areas to produce as much energy from renewable sources as they consume. It’s a huge task, with end and start points constantly moving. Target setting can be hubris without clearly identified plans, strong leadership and partnership working. There is no single consensus on what needs to be done and groupings of cities are striking out on their own.

According to global engineering consultants Arup, 228 global cities, representing 436 million people, have already set greenhouse gas reduction goals and targets. Many have adopted net zero emissions targets by 2050 and 80 per cent reductions by 2030.

The UK is already legally bound by the Climate Change Act to reduce emissions by 80 per cent by 2050. More than 300 UK municipalities have signed the Nottingham Declaration, which pledges them to systematically address the causes of climate change and to prepare their community for its impacts.

The more ambitious task is to get to net zero emissions by 2050, in line with the evidence presented in the Intergovernmental Panel on Climate Change ‘Special Report on Global Warming of 1.5°C’ published in October 2018.

Cities such as Oslo, Antwerp, Melbourne and Copenhagen have risen to this bigger ambition and are pushing for 100 per cent greenhouse gas reductions by at least 2050. Moreover, according to C40’s Deadline 2020 research, cities should reduce emissions to almost 3 tonnes of CO2 equivalent per person by 2030 in order to follow the path towards the 1.5°C goal of the Paris Agreement. This will require an overall investment of $1 trillion up to 2050. That’s a huge challenge.

Networks of cities such as the C40 Cities Climate Leadership Group, Local Governments for Sustainability (ICLEI) and the United Cities and Local Governments (UCLG) have emerged to share good practice and push city innovation. These networks have come together under the United Nations Cities and Climate Change programme to form the Compact of Mayors with the aim of creating a common platform to measure city emissions and report to the public. In 2016, the EU Covenant of Mayors came together with the Compact to create a Global Covenant which now includes over 7,000 cities and 600 million people. This shows the extent to which the energy behind creating a post-carbon society is now rooted at the city rather than national scale.

Clearly, there have been many stalled and misguided attempts along the zero carbon road such as the much lauded zero carbon Masdar City in the United Arab Emirates, the as yet unfulfilled promise of new eco cities across China, as well as promised whole new eco-towns in the UK.

But many cities are showing what is possible through coordinated planning. For example, Mexico City has launched an ambitious Climate Action Plan and the measures it contains has the potential to reduce emissions by 10 million tonnes of CO2 by 2020, representing a decrease of almost 30 per cent relative to the baseline. It was also the first city in Latin America to issue a Green Bond for $50 million. Meanwhile, in 2016, Sydney launched its ambitious Environmental Action Plan, which aims to cut emissions by 70 per cent by 2030 and be a net zero emission city by 2050.

Equally, Vancouver – as the first city in North America to develop a Renewable City Strategy to 2050 – is committing to get 100 per cent of its energy from renewable sources. To achieve this, the city is prioritising reducing emissions from its polluting sectors, buildings and transportation, and increasing the use and supply of renewables. In transport, this includes renewably powered car sharing fleets and standards to support renewably powered private vehicles. Interestingly, further scrutiny from Simon Fraser University suggested that this kind of decarbonisation plan may be unworkable without drastic measures including phasing out parking spaces for diesel and petrol vehicles from 2025.

The World Business Council on Sustainable Development has also launched the Zero Emissions Cities (ZEC) project and initiated three pilot cities in 2015: Amsterdam (Zuidoost) in the Netherlands, Birmingham (Smithfield market) in the UK and San Diego in the USA.

Cities are also taking radical action as they face the risks and impacts of inaction. In the aftermath of Superstorm Sandy in New York in 2012, which left millions without power, there was a growing recognition that the city’s energy infrastructure needs rapid transitioning to help mitigate greenhouse gas emissions and build an energy system more resilient to extreme weather events. The Governor of New York state, Andrew Cuomo, sought to rebuild, strengthen, and modernise New York’s energy system, while bringing economic growth to New York through a strategy called ‘Reforming the Energy Vision’ (REV). This strategy brought together city authorities to make a clean, resilient and more affordable energy system a reality.

Beyond high level city planning, much of this kind of thinking is rolling out at a very localised level where impacts can be gauged clearly. And given the growing sophistication and cost effectiveness of micro renewable technologies, the idea of every building acting as its own micro-power station comes ever closer.

Early pioneering examples include the Vauban district in Freiberg and B01 in Malmo’s waterfront in Sweden. The largest net-zero community in the USA is West Village, a mixed-use campus neighbourhood at UC Davis, designed to house 3,500 students, staff and families. Despite technological setbacks and high demand from residents in terms of electrical equipment, it is close to meeting its net-zero design target.

BedZed (Beddington Zero Energy Development) has been the UK’s pioneering attempt at creating a zero carbon neighbourhood. It was the creation of architect Bill Dunster. Completed in 2002 at a cost of £15 million, it includes 82 houses, 17 apartments and 1,405 square metres of workspace. The buildings use a passivhaus approach.

Originally powered by its own wood-fuelled power station, problems with this led the community to switch to conventional condensing boilers and grid-provided electricity. It also switched from an on-site water treatment plant, which used reed beds to filter waste water, to a membrane bio-reactor filtration system and connection to the municipal sewer system. Locally-sourced construction materials, water-saving appliances, green roofs, solar panels and an on-site car-share scheme contribute to further carbon savings. Residents report a strong sense of community, comfortable homes and energy bills up to 80 per cent lower than conventional housing.

Project partners Bioregonal have gone on to develop the One Planet Living neighbourhood concept based on ten principles that, taken together, can create post-carbon communities of the future.

In my own project LILAC where I live, we have developed a prototype of low impact living drawing on a co-operative and cohousing model that reduces a community’s ecological footprint through the use of highly insulating and carbon sequestering natural build materials such as lime, timber and straw, as well as developing a sharing economy between neighbours.

The zero emissions city agenda touches on much more than infrastructure, buildings and transport. It focuses attention on the stubborn and wicked problems of our age, especially around changing the very fabric of our daily lives. What most cities are realising is that beyond the low hanging fruit of shifts in energy mixes and mobility options, uncomfortable work is required including changes in workplace and consumer behaviour and land zoning modifications.

We will simply have to learn to design and live in cities in a different way. We also need to rebalance the energy feast and famine – addressing where the urban energy system is bloated and over-used and where it is incredibly unequal and hindering human flourishing.

Demand reduction, curtailment and redistribution will remain political hot potatoes, but they are the invisible elements of any meaningful energy transition to post-carbon urban life.

Paul Chatterton is an academic, campaigner and writer. He is Professor of Urban Futures in the School of Geography at the University of Leeds, and a visiting lecturer in CAT’s Graduate School of the Environment. He is co-author of Do It Yourself (2007) and author of Low Impact Living (2016). 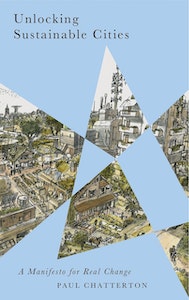 This is an edited extract from Paul Chatterton’s latest book Unlocking Sustainable Cities: A Manifesto for Real Change, published by Pluto Press 2019. You can buy the book through CAT’s Eco Store at or by calling us on 01654 705959.