When Net Zero is NOT Zero

When Net Zero is NOT Zero

Many net zero pledges rely on unproven future tech or large amounts of carbon offsetting to make the numbers add up. Anthony Hurford explores the issues with this approach and argues for action now rather than the promise of future action that may not actually work.

The Zero Carbon Britain project was started in 2007, the 30th anniversary of An Alternative Energy Strategy for the UK, published by the Centre for Alternative Technology in 1977. Zero Carbon Britain set out to find out if and how our society could balance its needs for energy without contributing to climate change. A few additional criteria were set, to make sure it didn’t become too narrow a goal of greenhouse gas accounting. Fundamentally we wanted to keep the lights on at all times, and we wanted to do this while minimising risks and uncertainties by using only existing technologies. We felt it was important to keep an eye on health, and primarily that everyone had enough to eat and eat well. More broadly we wanted to maintain a decent standard of living, with key benefits of modern life. Recognising the accompanying crisis of biodiversity loss, we made making space for nature one of our criteria too. We also wanted to build greater resilience into all our systems to help respond to any unavoidable effects of climate change and other emergencies.

An expert team came together in this investigation, with rigorous debate around what the most plausible, feasible and desirable changes were. Computer models helped test the effects of different ideas on each part of the complex inter-related systems being considered in this holistic view of the UK economy. The result was not the only way our society could balance its various needs, but it represents an example of what’s possible to stimulate conversation. It has proved inspirational to thousands of people across the country and the world over the last 14 years and finally the world is starting to have the conversations we were always hoping for.

The Zero Carbon Britain research envisioned a society in which greenhouse gas emissions from various energy-hungry sectors (building heating, lighting, hot water and appliances, transport and industry) were reduced to zero (decarbonised). This was achieved in large part by reducing our demand for energy from the historically extraordinary levels we’ve become used to then meeting these more reasonable needs using a diverse range of existing renewable technologies. Some residual emissions, caused by hard to decarbonise industrial processes, reduced but not eradicated farming emissions and burning sustainable aircraft fuels at altitude (where they have a greater negative impact) were balanced by enhancing natural processes which absorb greenhouse gases. These processes are things like forest and grassland growth and peatland restoration and formation. This balancing means this work provides a positive, practical vision of life at ‘net zero’. ‘Net’ refers to the balancing itself, through which zero emissions are finally achieved – increasing absorption to counter only the residual emissions. The key here is that this balancing occurs after extensive reduction in emissions, rather than to try and balance massive, existing, business-as-usual emissions, which is not possible. An alternative term, ‘Absolute zero’, would mean that human activities needed to emit no greenhouse gases at all.

At the time when the Zero Carbon Britain research began, the UK had not yet established its Climate Change Act of 2008, requiring five yearly reviews of our progress of greenhouse gas emissions reduction. Net zero was a little used term, there were lower volumes of greenhouse gases already in the atmosphere – the ultimate cause of climate change and more time to turn the trends around before catastrophic change became imminent. It is the volume of gases which traps heat in the atmosphere, not the flow of gases into the atmosphere from human, biological and chemical processes. Net zero is all about the flow of gases into the atmosphere, whereas it is the quantity (or concentration) of these gases in the atmosphere which is crucial to how much the planet warms. Think of it like the level of the water in a bath dictating whether it overflows, flooding the house, rather than the rate of flow into it (which can affect when it overflows).

The world has moved forward and the UK government has committed to reaching net zero greenhouse gas emissions by 2050, with the Climate Change Commission established to advise the government on progress towards this goal and ways of achieving it. One problem with this goal is that it doesn’t address the key issue of concentrations of gas in the atmosphere, only flows into it. If we leave the taps on our metaphorical bath flowing at the same rate as today, then turn them off suddenly in 2050, we all understand that the bath will long since have overflowed. What is critical is understanding how much of the bath we still have left above the water line and how long the current flow (minus any removal by the overflow pipe – analogous to natural absorption processes) will take to fill the bath to the brim. This represents the concept of ‘carbon budgets’.

If we imagine the taps on our bath are rusted and old and take a lot of effort and time to close, much like making changes to our established systems and ways of life, then we can understand that it’s best to start closing them before the point when we need them to have stopped, i.e. the brim of the bath is reached by the water level. We have to start reducing our greenhouse gas emissions immediately, otherwise the longer we wait, the more gases will accumulate in the atmosphere, increasing the warming and risking the reaching of tipping points. Tipping points include for example, the melting of permafrost, releasing large quantities of methane (a powerful greenhouse gas) into the atmosphere, or excessive melting of polar ice sheets which have so far reflected many of the sun’s rays back out into space. Melting will allow those rays to further warm the planet instead. 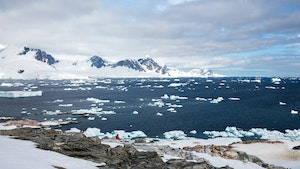 Another problem with the government’s net zero goal is it aims for 2050, when few of today’s politicians will be around to face judgement on the success of their current policies to deal with the crisis and even if they were, the personal impacts of failure would be minimal. Similar claims can be made about the voluntary net zero pledges of numerous companies, and especially those in polluting industries such as oil, coal and gas. Claims from fossil fuel producing companies, that their operations will be ‘net zero’ by any date in the future are farcical, in the face of the impacts of their products. It’s as if gun makers were aiming for nobody to be killed in the making of their weapons. This isn’t net zero, it’s not zero.

Some propose carbon offsetting to achieve international goals, expecting the process of growing living things to naturally capture greenhouse gases to compensate for burning of the distilled and concentrated emissions from living organisms fossilised over millions of years. The processes involved simply don’t match up in terms of the quantity of hazardous gases needing removal or the timescales for this occurring. Natural processes can be enhanced and promoted to balance a certain quantity of emissions as we did in our Zero Carbon Britain analysis, but it’s no fix-all solution. It isn’t net zero, it’s not zero.

Aiming for far off dates which are hard to imagine, also allows the imagination freedom to conjure magical solutions with high levels of risk and uncertainty – the opposite approach to that used in the Zero Carbon Britain research. Betting all our futures on the promise of potential technological saviours seems all the more ridiculous when we have shown that the technologies already available could get us where we need to be, starting right now. It is not ‘high ambition’ to aim for net zero emissions by 2030 or 2040 and meeting our carbon budgets, it is low risk. For all the high-tech super computing power humanity has poured into modelling the Earth’s climate, there is still a large margin of error in these calculations owing to things we just don’t fully understand about the mindbogglingly complex world we live in. To extend the metaphor, we can’t see the whole rim of the bath we’re filling. Given what we have to lose from any spills, it would be wise to leave ourselves some ‘headroom’ for comfort – a common approach in many fields of engineering to account for unknowns and ensure safety. In this context, the only time that matters is now. Not 2030, not 2040, not 2050. We need the mighty hands of governments all around the world, on the taps, squeaking them closed, and loudly calling others to the task. Now. 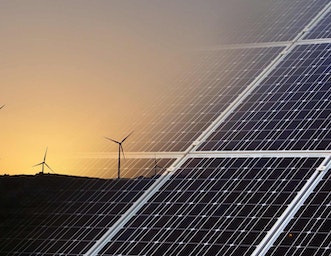