With extreme weather events increasingly in frequency and intensity, it’s vital that we provide adequate shelter for vulnerable and displaced people. CAT graduate Maria del Mar Rodriguez Yebra explores the use of bamboo in emergency shelters.

I first discovered bamboo vernacular architecture on a trip to South-East Asia in 2010. In the small villages of Northern Laos, I came across simple hut-style stilt houses made of bamboo, and in Malaysia there were big timber and bamboo houses – I found out later that these are often built without the use of metal and nails, allowing them to be dismantled and reconstructed in a new location. My interest was piqued.

I had started my career working as a Physicist at the London Centre for Nanotechnology, investigating organic and molecular materials, looking at their electronic and optoelectronic properties and exploring their potential use as an alternative to the materials normally used in solar cells and organic light emitting devices.

My knowledge of materials, combined with the discovery of bamboo as an alternative construction material, an existing interest in vernacular architecture and concerns over climate change led me to start CAT’s MSc Architecture: Advanced Environmental and Energy Studies (now replaced by MSc Sustainability & Adaptation) in September 2013. The course offered the opportunity to explore alternative building materials in more detail, specifically looking at materials and methods that help with climate change mitigation and adaptation.

Early in the course was a module in ‘Climate Comfort and Building Performance’ – to my delight one of the assignments was a critique of a paper that investigated the climate responsive strategies considered in the construction of vernacular dwellings in several locations in Vietnam, looking at how their design takes into account adaptation to local climate conditions. My interest in vernacular architecture and climatic response strategies in South East Asia was again awakened with this module.

One month later Super Typhoon Haiyan made landfall in the Philippines. One of the strongest tropical cyclones ever recorded, it affected the lives of 16 million people. Emergency shelters were provided in the immediate aftermath; usually a basic type of refuge such as tents, which are supposed to last only for a short time after the disaster. However, in Tacloban in the Philippines the tents were still being used one year later, many of them having become inadequate or unsafe. 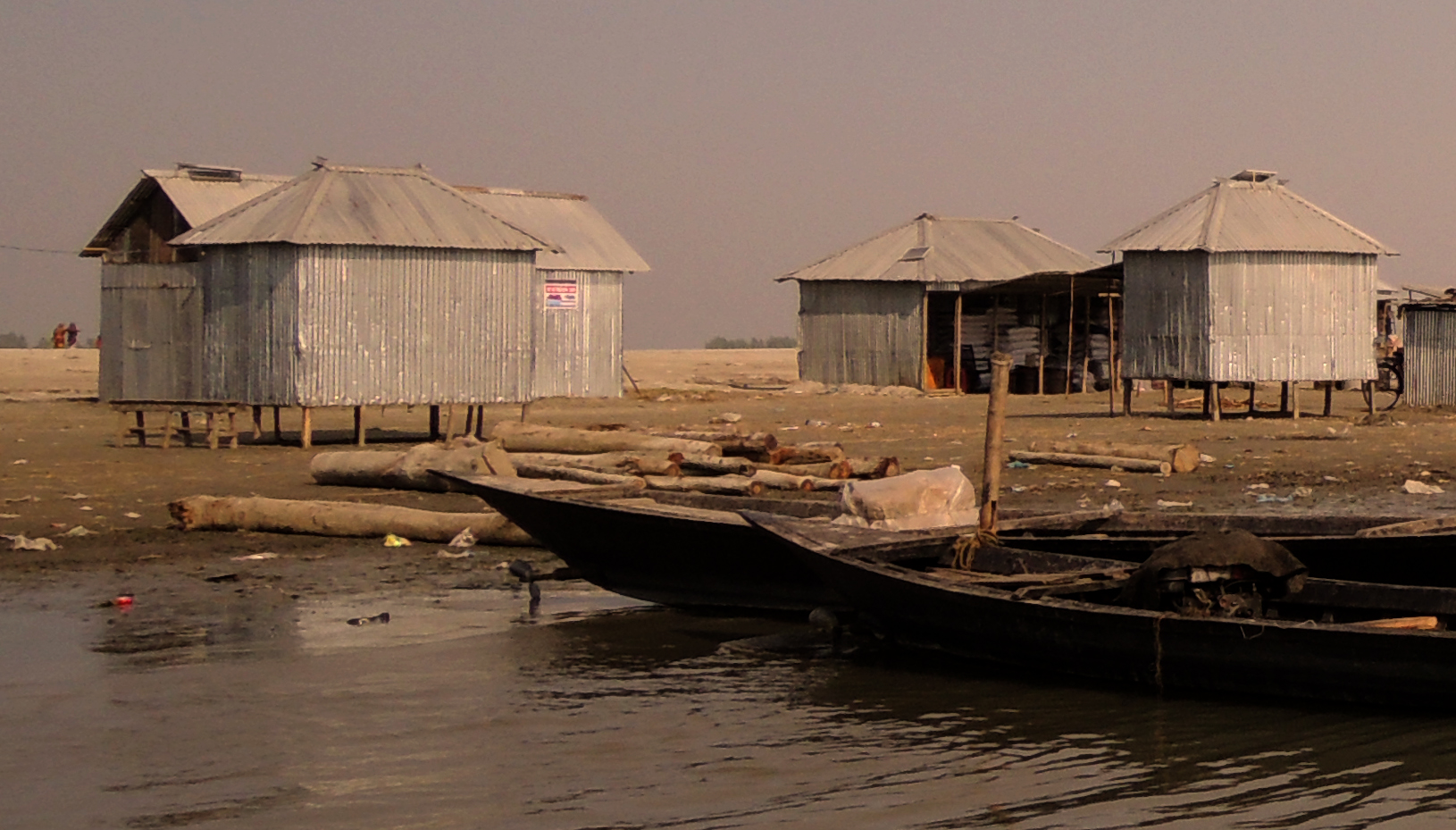 The Philippines is highly vulnerable to tropical cyclones. An average of 20 tropical storms and typhoons enter the Philippine Area of Responsibility per year, with between six and nine making landfall. On top of this, the country lies on the Pacific Ring of Fire so it is also prone to seismic activity, floods and landslides.

I was keen to find ways of improving the shelters provided for people in such vulnerable situations, and decided to explore the subject in depth for my dissertation project.

There is limited knowledge and only a small number of scientific publications on shelters. Efforts have been made in applying standards to monitor their structural performance but there are no building codes directly applicable to shelters.

One of the books I found essential for my research was Post-Disaster Shelter: Ten Designs from the International Federation of Red Cross and Red Crescent Societies. Containing shelter terminology and definitions as well as in-depth analysis by structural engineers of each post-disaster building shelter design, it’s essential reading for anyone working in this field. The shelters they studied were built in significant numbers and located in different countries (Afghanistan, Burkina Faso, Haiti, Philippines, Bangladesh, Pakistan and Sri Lanka) for refugees returning from conflict or in the aftermath of an extreme weather event. All the shelters were built in a way that reflected the needs of the local cultures, using readily available resources. Most of them were constructed with bamboo or timber frames, with plywood, bamboo or timber walls. 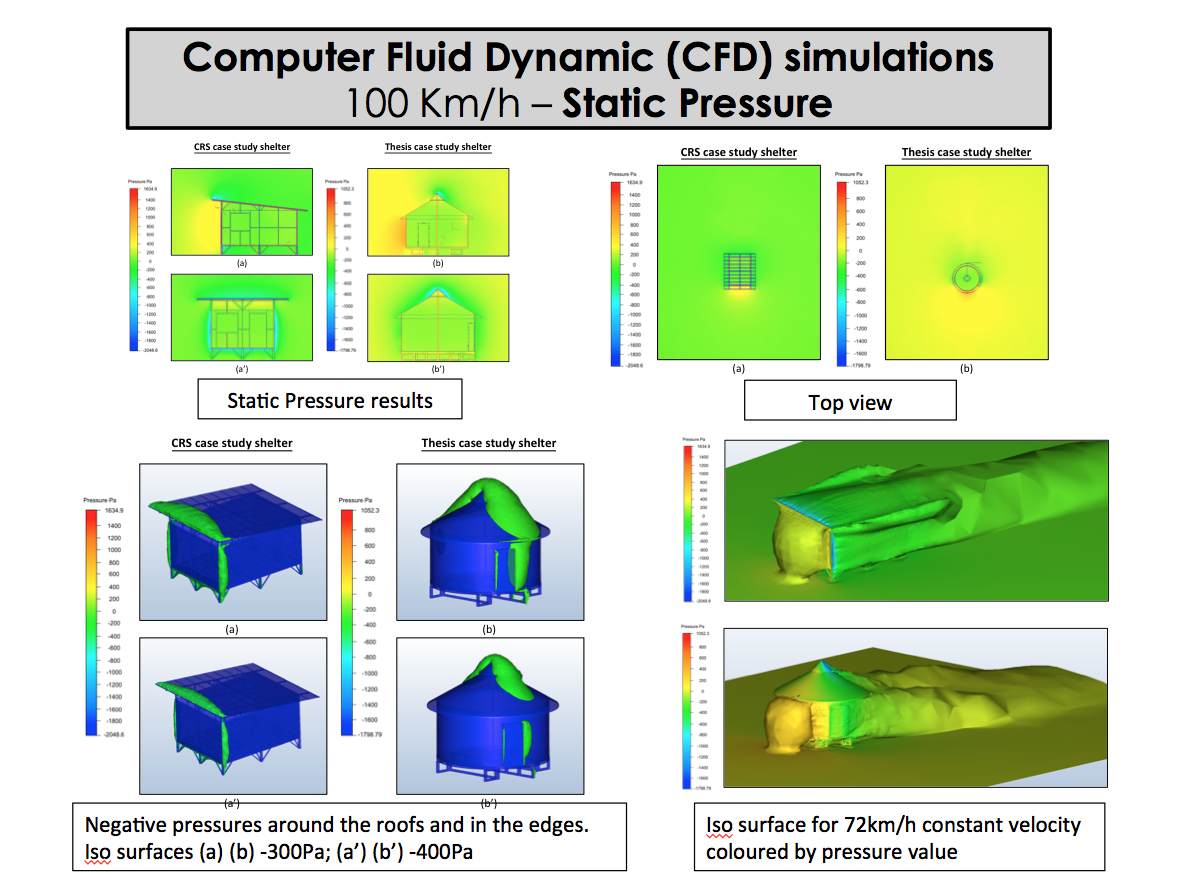 Computer simulations can be a good starting point for analysing the strength and durability of shelter designs, combined with prototype building for testing and long-term post-occupancy evaluation. My thesis focused on using Computer Fluid Dynamic (CFD) simulations to analyse the structural performance of two different designs: an existing post-disaster shelter and a proposed design aimed at better withstanding the harsh weather conditions anticipated in the Philippines.

Overall the new case study shelter gave better results in terms of structural shape, making it a good alternative to current shelter designs. The findings of the simulation exercise supported the hypothesis and showed that building geometry plays an important role in how the wind behaves on the structures. Shelters need to be pre-evaluated in inexpensive ways, and computer simulations can be a good way of doing this. The more they are improved, the more efficient and cost-effective the shelter construction process can become.

There are many types of shelters that consider the level of permanence, the site, the materials used in the construction and the local politics. Every context, situation and country is different, so shelters are usually adjusted to the location and response.

Terminology can vary from different reports but usually there are six main shelter definitions and each one refers to the context in which the structure is constructed: emergency, temporary, transitional, progressive, core shelters and permanent housing.

While working as an environmental and energy consultant for a construction company I decided to start my own department dedicated to international development, looking for partners to collaborate with disaster-affected communities, developing projects from the pre-evaluation phase to implementation, assessment and post-evaluation. This has led to working with the private sector, development agencies and humanitarian organisations in some of the world’s most vulnerable countries.

One of my most recent research trips to North Bangladesh further reinforced the importance of this work. As one of the world’s most densely populated and low lying countries, Bangladesh is also one of the most direct victims of our changing climate. 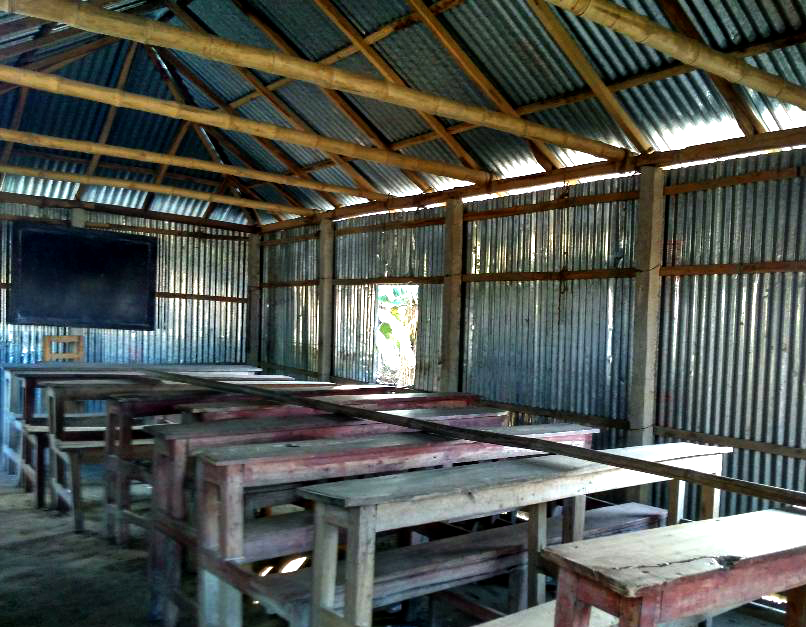 In the north of the country, near the Indian border, where the Brahmaputra enters the plains of Bangladesh, homeless people live in chars, sandbank islands created from silt deposits caused by the dynamics of the river erosion. Those fertile silt islands create opportunities for agricultural activities, therefore semi-formal settlements have been established for many years. Each year a large percentage of the chars are flooded. Last year, after a devastating flood in July, a second monsoon flood in August affected 31 districts and impacted over 8.5 million people. Most of the homes in the chars were washed away as well as crops and supplies. After visiting the chars last Christmas, I realised that the houses there were mostly built with low-cost local materials, among them bamboo, jute, wood, corrugated iron.

Moreover, with the Rohingya refugee situation in the south, international development agencies and NGOs are also using bamboo and local materials for shelter construction. Efforts are also being made in prevention and preparation of the shelters for the upcoming monsoon and typhoon period. My time spent in Bangladesh and the later ongoing research on the subject had a profound effect and I find it imperative to use my knowledge and contribute to this field.

I’m now looking at taking this work a step further, collaborating with an engineer to start a German-based company focusing on research and development. We plan to focus our research on disaster response, shelter and reconstruction as well as sustainable energy projects in urban and rural environments, and also green infrastructure projects to try to prevent and combat the effects of climate change affecting our society in the longer term.

Maria del Mar graduated from CAT in 2016. As well as researching post-disaster shelters she has worked in academia, NGOs and the private sector in the UK, China, Belgium and Greece. She has a passion for the environment, loves spending time in nature, and practices Tai Chi.

Find out more about CAT’s Graduate School of the Environment.