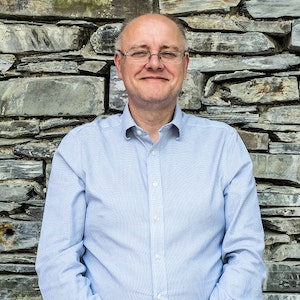 As head of the school, Adrian spends most of his time keeping the Graduate School running smoothly. When he's not doing that, he uses his background in Chemistry to support activities surrounding pollution for the masters courses.

Adrian started as Head of School at CAT in May 2018. Before joining CAT, Adrian worked from 2010 as Head of Division of Chemistry and Environmental Sciences at Manchester Metropolitan University, following spells lecturing across a range of disciplines from Analytical Chemistry to Environmental Health. As Head at Manchester Metropolitan University, he was responsible for managing a team of chemistry and environmental academics and the successful delivery of the quality assurance aspects of courses there. He also project managed significant upgrades to the chemistry laboratory infrastructure at the university.

His research experience is as an environmental chemist specialising in the assessment of air quality and its impacts such as health, particularly at urban and indoor scales. This work has included assessing the levels of tobacco smoke in indoor environments prior to the smoking ban, and developing methods for the spatial emissions estimates of Air Pollution in the UK. He has collaborated with organisations and institutions in both the UK and overseas including the NHS and Institut Technologi Bandung, Indonesia.

Adrian’s role is predominantly one of leadership for the GSE, but contributes activities on pollution to the masters courses, and visiting groups.