Are we in a new era of climate politics?

Are we in a new era of climate politics?

As we approach the end of a challenging year, and on the eve of the fifth anniversary of the Paris Agreement, Sarah Jenkinson asks: is the world dangerously behind schedule in slowing catastrophic climate chaos, or are there signs of a shift to a green economy?

As the world approaches the Fifth Anniversary of the Paris Agreement on 12 December, at just a little above 1°C warming since pre-industrial times, we are already witnessing unprecedented extreme weather events. This year, one of the hottest on record, and amidst the coronavirus pandemic we have seen record-breaking climate impacts all over the world: an overactive hurricane season in the US and Central America, extreme rains and flooding in sub-Saharan Africa, the Sahel, South Asia and South East Asia, and heatwaves and forest fires in Australia and Russia.

This week’s UN Emissions Gap report was bleak. It stated that the world is on track for 3C rise this century, despite the Covid emissions dip. Daunting as it feels, we must have all hands on deck to turn the tide on greenhouse emissions, starting today.

What we do in the next decade will decide the quality of human life on earth for hundreds of years to come. So whether you run a household or business, work on the land or in a local council, hospital, university or government department – the science is clear – #TheTimeIsNow to work together to transform our communities.

Reasons to be hopeful

After nearly 50 years of living and working with nature, and a decade of researching how we can reach zero carbon emissions, I think we can confidently say that the Centre for Alternative Technology understands what we need to do to tackle the climate and biodiversity emergency here in the UK – and fast. There is so much to be optimistic about. The momentum for change is growing and the zero carbon transition is now understood to be not only necessary, but desirable, beneficial and possible.

Perhaps it will become inevitable as some of the world’s biggest economies – like China, Europe, Japan and Korea – launch their plans to drive their emissions down to zero by mid-century, shifting the entire world on a trajectory towards a zero-carbon future and putting the 1.5°C goal in the Paris Agreement in sight.

Renewable energy is clearly not just better but cheaper than fossil fuels. Some finance institutions are shifting their investments from dirty to renewable energy, and a report today states low carbon growth through the 2020s stands to generate +35 million jobs. 75% of local councils in the UK have declared climate emergencies, and are keen to deliver climate action plans. Young people demanding change are back on the streets today (11 December) to demand every single government contribute to a 1.5 degree pathway #FightFor1Point5. And importantly, recent UK polls are showing that climate is not a dividing line across society any more, and that there is an opportunity for participatory public engagement for a Zero Carbon Britain.

Green jobs: battery start-up Britishvolt has announced it will build the UK’s first gigafactory in Blyth in the north-east England as part the development of a homegrown electric car industry here in the UK. The £2.6bn battery production centre will create up to 3,000 jobs by 2027. 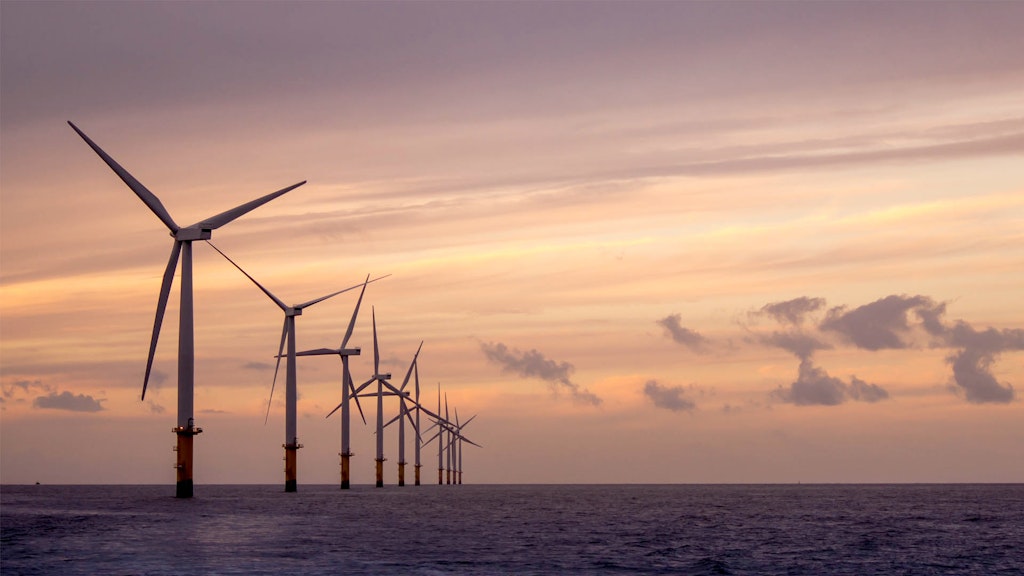 Over half of global emissions are now covered by net zero government pledges. Ahead of the UN Climate Ambition Summit on 12 December, the UK Government has purposefully positioned itself as a major economy and host to the next climate summit (COP26) by showing leadership, with an announcement of a reduction of 68% in annual carbon emissions by 2030, compared with 1990 levels (an increase on the original target of about 57% reductions). The raising of ambition on tackling climate breakdown is intended to galvanise other countries to follow suit. At the summit we will see other countries present revised, more ambitious national plans with a revised emissions reduction target for 2030, helping to build the momentum towards COP26 in Glasgow next year.

Hot off the press: European Union leaders have reached a deal to cut the bloc’s greenhouse gas emissions by at least 55% by the end of the decade compared with 1990 levels, avoiding an embarrassing deadlock before the UN climate meeting this weekend.

All is not well, though. Far from it.

However, to date, only 16 countries representing 4.6% of global emissions have officially submitted updated climate targets. For those of us with our feet firmly on the soil, whatever the target, by who and by when, I think many of us would agree that what is actually needed is practical, near term, year on year planning.

The transition itself is not happening at the scale or speed required. And this is worrying indeed. It is only a few industries who are much more advanced than others, and the small number of governments pioneering the transition do seem to stand in sharp contrast to a quite a number of laggards. Even champions don’t always walk the talk, as near-term decisions to build yet another coal power station or destroy precious forests are in dissonance with their ambitious long-term goals.

Boris Johnson’s recent ten point plan for a green industrial revolution was certainly uplifting, and there was much to celebrate with his pledge to end the sale of petrol and diesel cars and vans by 2030 (10 years ahead of the previous schedule), however, it was overshadowed by the Chancellor Rishi Sunak’s announcement to fund the UK’s biggest road-building scheme, along with the brutal reality that the UK is continuing to invest in fossil fuel projects overseas.

It is fair to say that here in the UK there is currently a giant policy gap between what the Government has promised to do and what we are actually on track to achieve. There is also a huge disconnect between Government departments, and local authorities, despite their determination to tackle poverty, inequality and climate change, post-Covid, are thwarted by the lack of long term investment and power to actually deliver their local climate action plans.

On 9 December (it is a busy week in climate politics!), the UK Government’s independent adviser on tackling climate change, the Climate Change Committee (CCC) launched a blueprint for how to transform an industrialised nation into a net zero emission sustainable economy within three decades, as part of the UK’s sixth carbon budget. It was impressive and exciting because there was detail and it is affordable.

Advisors said sales of gas boilers should be halted by 2033, new fossil-fuelled car sales – including hybrids – should end in 2032, and people should be encouraged to cut the amount of meat and dairy they eat by a fifth in the next decade, in order to achieve their more ambitious target of 78% cut in emissions by 2035. The cost? The annual net cost across the 30 years to 2050 is £10bn, or about 0.5% of GDP.

The Climate Change Committee’s recommendation was also that the country should build enough new nuclear to replace the current fleet, and that we do rely on unproven technologies such as carbon capture and storage. Please note that CAT’s Zero Carbon Britain end point modelling clearly demonstrates that we can get to zero without nuclear power and using existing technologies only. Interestingly, the Committee estimates that more than half (59%) of the emissions reductions in the UK will happen either entirely through individual choices and behaviours, or through social or behavioural change in conjunction with the development of new technologies. 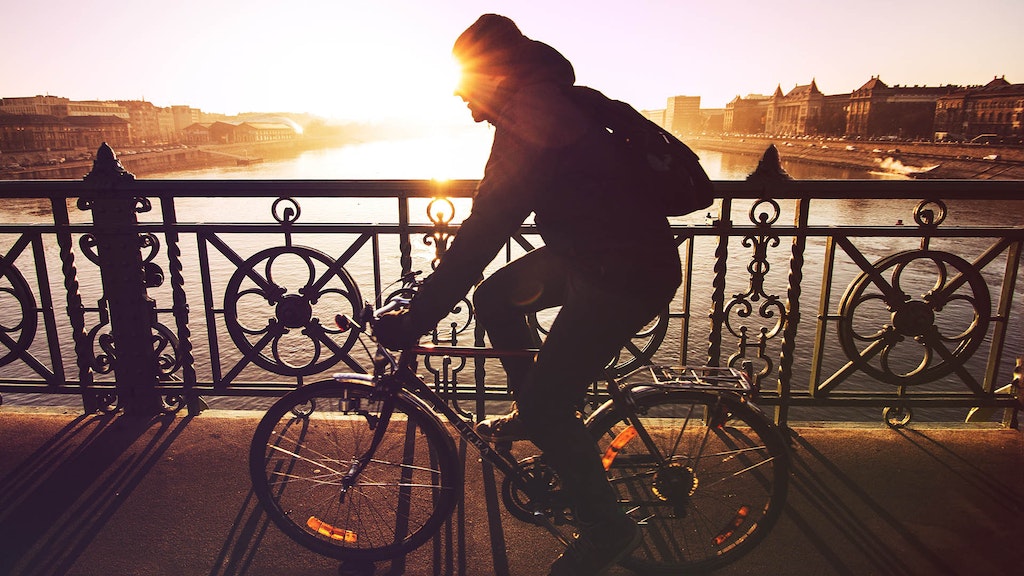 Right now, the world is understandably focused on ending the COVID-19 pandemic. But in trying to mitigate the effects of one crisis, our leaders are potentially digging us deeper into another. As we arrive at the fifth anniversary of the Paris Agreement, it is clear that our journey to building a just, safe and sustainable future is only just beginning. Delivering the UK’s climate targets will require big changes to the way we all live, travel and heat our homes.

CAT’s Zero Carbon Britain Hub and Innovation Lab will play its part by sharing knowledge, skills and tools to help urban and rural communities unlock the challenges in their journey to zero carbon. We are very clear that if we maximise the co-benefits in wellbeing, nature restoration, reducing fuel poverty and creating new jobs; we can do this while living healthy, happy, comfortable lives with a clear sense of common purpose. Our research shows we already have the technologies for a zero carbon future – what’s essential now is engaging our communities and teaching the skills.

Sarah Jenkinson is Head of Policy and Communications and comes to CAT with experience of helping diverse organisations and communities accelerate solutions to climate change in their own countries, by providing dedicated, tailored advocacy, campaign and communications support. She has also played a role working ‘behind the scenes’ within the international climate movement to help develop communications tools and aligned interventions to positively influence the public debate on climate change, and shift policies.

To explore how we can create a Zero Carbon Britain and rise to the climate challenge join one of our courses or events. This training provides the confidence, information and skills to enable robust action planning with a view to achieving zero carbon. For more information on the Zero Carbon Britain Hub and Lab email: zcb@cat.org.uk

EMAIL SIGN UP SUPPORT US
We use necessary cookies to make our site work. We'd also like to set analytics cookies that help us make improvements by measuring how you use the site. These will be set only if you accept. By clicking “Accept All”, you consent to the use of ALL the cookies. However, you may visit "Cookie Settings" to provide a controlled consent.
Cookie SettingsAccept All
Manage consent