January 14, 2022
Home » What joining the Beyond Oil and Gas Alliance means for Wales

Wales is to be congratulated for signing up to the Beyond Oil and Gas Alliance (BOGA) at COP26 at the end of last year. Coalitions and alliances such as these have a powerful role to play in increasing ambition, desperately needed if we are to deliver on the Paris Agreement. Paul Allen, from our Zero Carbon Britain team, talks us through the recent history of coalitions in the climate movement and explains why signing up is an important step for Wales.

In 2015, the UNFCCC Paris Agreement surprised many of us by agreeing to a legally-binding climate target that was more ambitious than most people expected. On 12 December 2015, it was adopted by 196 Parties at COP21 in Paris, entering into force on 4 November 2016. The primary goal of the Paris Agreement is to limit global warming to well below 2°C, preferably to 1.5°C, compared to pre-industrial levels.

A key player in bringing this landmark decision to life was the High Ambition Coalition (HAC), formed by the Republic of the Marshall Islands in the months leading up to COP21. Countries, both developed and developing, met to discuss their shared view that the world had to do more to tackle the climate crisis. They explored common positions, messaging and strategies that would help convince other countries of the need to be more ambitious in their actions to cut emissions.

By the time COP21 opened in Paris, the crucial seeds had been sown. The momentum behind the HAC grew from a group initially composed mainly of ministers representing vulnerable countries to one with increased engagement from large emitters. As the Paris Agreement was drawn up, the HAC comprised over 30 ministers, representing groupings of about 100 countries. The Coalition played a key role in the ambition of the 1.5°C target outlined in Paris.

Beyond Oil and Gas Alliance

As the UNFCCC process moves beyond COP26 in Glasgow, there is a role for another coalition to build on the growing recognition that we must leave fossil fuels in the ground to keep warming below 1.5°C. Co-chaired by the governments of Denmark and Costa Rica, the Beyond Oil and Gas Alliance (BOGA) is a new international coalition, working to encourage national commitments to phase-out oil and gas production.

Much of the focus at recent climate negotiations has been on ending the use of the dirtiest fossil fuel – coal. But the BOGA aim to raise the profile of the need to transition away from all fossil fuels, not just coal. They highlight the need for the phasing out of oil and gas production to be included in international climate dialogues and for increasingly ambitious national commitments.

At COP26 in Glasgow, this innovative alliance of governments publicly launched their commitments to move beyond oil and gas.  The two initial governments of Costa Rica and Denmark were quickly joined by six more ‘full members’ – France, Greenland, Ireland, Quebec, Sweden and Wales.

Each full member agrees to end new licensing for oil and gas exploration and production, with end dates for production on existing sites aligned with the Paris Agreement and keeping temperatures below 1.5°C.

California, New Zealand and Portugal became associate members, and Italy joined as a ‘Friend of BOGA’. There are reports that conversations are being had with other countries interested in signing up, including Scotland.

To keep things rolling, the International Institute for Sustainable Development (IISD) has been appointed as the first permanent Host of the BOGA Secretariat.

Towards a just transition

Joining BOGA doesn’t mean ending fossil fuel emissions overnight. The alliance will have to work together to figure out how to balance supply and demand using renewables in a socially just and equitable way.

“BOGA should also be a place where we can discuss the strategies of actually accomplishing a stop of oil and gas because I think we all agree that a transition needs to be a just one.

“In Denmark, we made this decision, but it hasn’t been an easy one. It’s an expensive one, and it affects a lot of people. It’s important to invest in the parts of our country that are affected – this means schooling, training, re-employment of people working in the sector while scaling up offshore wind, which already employs 30,000 people.”

What this means for Wales

Powers over licencing for oil and gas exploration and extraction in Wales on land, intertidal areas, estuaries and coastal inlets were devolved to the Welsh Government under the Wales Act 2017. While what happens further out at sea is under the jurisdiction of the UK Government.

Although there’s a low potential for conventional oil & gas in Wales there was thought to be fracking potential, yet to-date the Welsh Government has opposed it, and these commitments reinforce that.

Wales has also said it will aim to “work to expand the membership and elevate the issue of oil and gas production phase-out in international climate dialogues.”

Whilst oil and gas extraction doesn’t play a major role in the Welsh economy, membership of BOGA is an important signal of intent. On the launch of the alliance, Lee Waters, Deputy Minister for Climate Change, said: “Our vision is for a decarbonised energy system which provides wider economic and social benefits for Wales than the system we see today and we believe that replacing fossil fuels with low carbon sources will help Wales create the industries and jobs of the future.”

A step in the right direction

Jointly, the BOGA members represent only a tiny proportion of emissions from oil and gas, but it’s an important first step and a clarion call to all nations. As a coalition grows, it builds momentum and attracts other nations to sign up. The BOGA is the first time governments have committed to working together to transition away from oil and gas production.

Let’s hope many other nations, especially those which joined the High Ambition Coalition, sign up, helping build the urgent momentum needed for COP27. 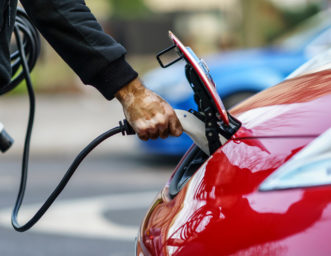 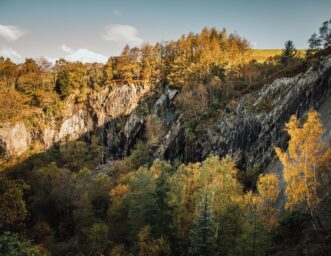 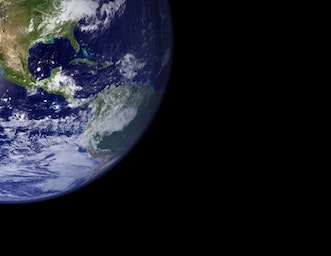 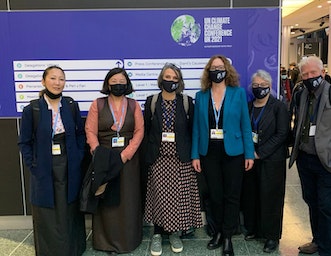