On-grid or off-grid? Which is greener?

On-grid or off-grid? Which is greener?

With fossil fuels still providing most of the UK’s electricity mix, should we all be aiming to go off-grid? CAT Information Officer Mim Davies explores the issues.

A common enquiry we get at the CAT Information Service goes something like this: “I want to disconnect my house from the electricity grid. Where do I start?”

There is often a positive narrative around “going off-grid”. We hear that it’s the “greenest” thing to do, and that it should be the end goal of any committed environmentalist. In CAT’s beginnings, our site was off the electricity grid. But after decades of experimentation, research and thought, we don’t think that disconnecting from the electricity grid is the green way forward. We say this for many reasons.

The cost of batteries

Taking a house off the electricity grid and buying batteries to store energy wouldn’t address any environmental issue. In fact, it would actually increase the negative environmental impact of your household, as the production of batteries uses energy and involves hazardous materials.

If excess renewable energy is fed into the grid rather than being kept in batteries, it reduces the need to generate so much electricity from fossil fuel power stations.

There is no financial benefit to disconnecting from the electricity grid. When you calculate the energy a battery can store over its lifetime, the cost per unit of electricity is much more expensive than buying electricity through the grid from large-scale generation. When you’re connected to the grid, you can sell your excess electricity and buy it back when you aren’t producing enough, effectively using the grid as a battery.

We strongly advise against domestic battery storage unless it’s unavoidable. We think it should only usually be considered for remote locations where a connection to the electricity grid would be prohibitively expensive.

The grid itself is not inherently a bad thing. The environmental problem with grid electricity is where it comes from, which at the moment is largely fossil fuel power stations.

CAT’s Zero Carbon Britain project (ZCB) shows that the UK can be powered by 100% renewable energy using technology that already exists today. In the ZCB model, our biggest resources are offshore and onshore wind, as well as tidal and wave power. Wind, tidal and wave power are usually generated away from where most people live and work, so we’ll need the grid to move the renewable electricity to where it will be used.

A way to buffer renewable electricity production would be needed if the UK switched over to 100% renewable energy, but this doesn’t have to take the form of batteries. Pumped storage, synthetic fuel production and heat storage are a few of the approaches ZCB suggests for buffering the grid. Batteries would play a role in a zero carbon future, but we feel they are best suited to electric cars, bikes and portable appliances, rather than for a large number of households to go off-grid. 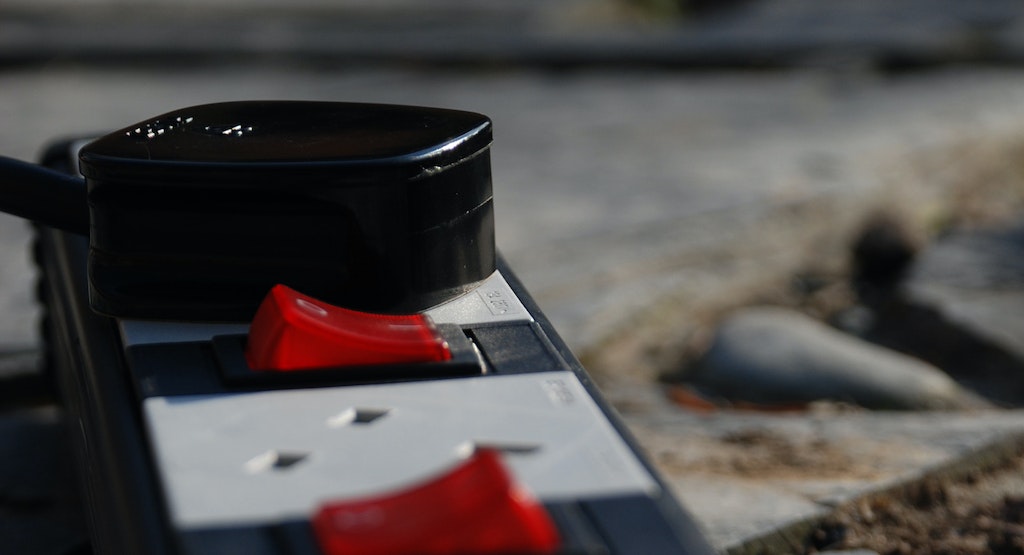 For most people, producing their own renewable electricity isn’t possible. While the Feed-in Tariff can pay off the cost of a renewable electricity system over a number of years, you still need to be able to pay for the installation up front. That can mean thousands of pounds. As well as this, most houses aren’t suitable for wind or hydro turbines, and not all houses are suitable for solar panels.

We need to work together as a society rather than split off into lots of individual off-grid households. There is far more justice in decarbonising the grid and giving everyone access to green electricity, than thousands of batteries with big environmental impacts being bought privately.

Rather than going off-grid, consider supporting a community energy scheme, switching to a green electricity supplier, looking at ways to reduce your energy demand and talking to people about what you’re doing. These are things that can help move all of us in the direction of a renewable energy powered future.

If you want to talk about any of these options, get in touch with the CAT Information Service at info@cat.org.uk or on 01654 705989.

Mim Davies is one of CAT’s Information Officers. She is a physics graduate with an MSc in Water and Environmental Management. She first came to CAT to volunteer in the engineering department during the cold winter of 2010.